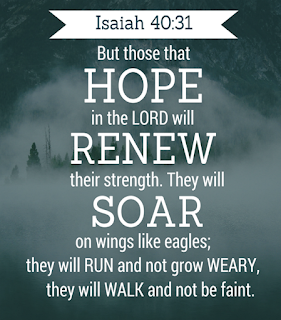 Some time ago I was reading AJ Wilkin’s article in iRunFar.com on Running and the Spiritual Trail.  He talks about running and spirituality and while we may have a different outlook on spirituality I do agree that running can indeed be spiritual.  Let me; for starters, be upfront as to my view of spirituality being decidedly influenced by God and His Word.  Now I know I tread on dangerous ground when I talk on spiritual matters and specifically God but it is who I am.  So, if this is a topic you want to avoid then simply skip to somewhere else on the blog but if you would like to see how I see a connection between spirituality and running read on.

Let me start by saying that many Christians in an effort to make a connection with sport often lean on the Apostle Paul and his numerous references to working the body, running the race and other such examples.  One needs to be careful however, to make sure to not force scriptural passages to support a spiritual point it was not intended to do.  Paul in his writings is not seeking to spiritualize sport but instead is using popular activities of the day, in this case sport, to make a spiritual point and accentuate a position he wants to emphasize.  Thus scripture itself does not specifically speak to the spirituality of running, or sport for that matter, but this does not negate that running can, and often is, indeed a spiritual activity.  Even I use a verse on my blog header (Is 40:31) that when speaking of running is not actually about running but about life.  That said, however, the verse can relate to running since as I will touch on later life and running often are very similar.  At the end of the day as believers we are to make sure that even running, yes running, glorifies God (1 Cor 10:31) and thus that also makes it a spiritual activity.

While I did not start running as a spiritual activity some 45+ years ago, I did it to get out of taking PE in high School, I can see it as one today when I look at it from the perspective I have gained in spending time with God in prayer and in His Word.   We as humans were created with a need for a connection to our creator and His creation and running provides an outlet for that connection for myself, and many others.  This connection is often most noticed when I, we, run in nature.  Even the most ardent unbeliever often feels this connection and while they may define it differently than myself  I see it as a natural outflow of God’s creative work.  There is a reason so many dealing with depression and other issues often find peace and solace when running in nature.

While running in nature may lead one to a more peaceful place I find that even when I am running in the city, or more populated and built up areas, I have had times where my run in some manner transcends the act of just running.  I often find running is a time to clear my mind of the activities of the day and focus on what really matters.  For some this focus may be on a variety of things from family to hobbies to other matters but for me it is often a time to reflect on what God is doing in my life and the simplicity of running lends itself to this time of reflection.  Sure some days I just go out and run and that is what is in my head but the longer I run in distance and the more time I have to myself the more my mind thinks of things I do not get to contemplate in the busy and hectic world I live in.

In this post I want to briefly touch on four areas, I am sure there are more, where running helps me make a spiritual connection to: God, life, others and lastly creation.  Let me also say that while I speak of running and spirituality the act of running is not to replace God’s ordained manner of connecting with him via prayer, worship and the corporate gathering of believers, among other avenues, but is for me an important aspect of life.

First, while one best connects with God via prayer and His word I have found that often when running, especially if in some wilderness area or quite place, it becomes a great time for prayer and reflection.   Running is one of the few sports that due to its lack of technical equipment, one can leave the watch at home if it is a distraction or at least turn off any alarms, allows ones mind to partake in connecting with God while participating in the activity of running.  When I run I can reflect on God and how He works in my life and the life of others in ways I was not able to do when I, for example, rode bikes simply because of the activity taking more of my attention.  Sure, when running trails one needs to pay attention but there is still time for reflection that cannot happen when say playing tennis, baseball, football or other team sports or other activities that take the utmost concentration.

Refection is one spiritual activity that many take part in, in some manner or other, as reflecting on ones life is important if just to get ones bearings.  Running has a way of stripping away the trappings the world often lays on us and allow us to think more clearly on life.  As humans we really do not have too much of an issue thinking about self as it just comes naturally.  However, for me when running and, again, when most often on long runs things just seem to be more clear.   There is also the aspect were running in so many ways reflects life with its ups and down and struggles and successes.  I have found that the farther you run the more you recognize the ups and downs as with life and this can work to build you up for the real ups and downs one can experience in life.  While this reflection on life can take place on any run I advise trying to get out on a trail or just a quiet country road some time and just think about life it can make a difference in how your day, week and even year can go.

While thinking about self can be a good thing we do need to be careful so as to not be too myopic but look around and realize we are created to relate with others, which creates a communal aspect to life.  The danger that can come from the solitude of running, if we are not careful, is that it can make us be too self focused.  While often a lot of ones time running is done alone, at least it is for me, and is a time to reflect on self if you are like me you enjoy those times when you can run with others.  I know that most talk that takes place during runs revolves around running and not spiritual things but who says it cannot.  I also think just as corporate worship builds community and closeness so does spending time running with others.  Just imagine how lives could be changed if as part of running in a community life ended up about more than just self but about others.  We can all benefit by helping to build up others and not just with regards to running but life in general.  Running with others clearly reveals to us that we are created to have a connection with others and that is an important aspect of not only running but also life as a whole.

The last area I will touch on is how running helps build a connection with creation, from my perspective - God’s creation.  If you have never spent time in the wide open spaces this may be foreign to you but if you have you will know what I mean when I say that being in the great outdoors is, well great.  For those that see God as the creator when you look over a landscape on a run it is hard to deny there is just a connection that takes place.  As I already mentioned even those that would not consider themselves spiritual very often recognize there is just something about being in the wilderness.  I think as the wilderness is invaded by the city and more people are influenced by the urbanization of the world around us that this affects, negatively, how we interact not only with creation but with people around us and yes even God Himself.  Seeing the immensity of creation puts us in our place in the world by minimizing us.  This then lets us see we are not all we tend to think we are and can work to build our care for others and the world around us.  Personally for me it is those that see God as the grand designer, the creator of all, that should be the most caring for creations as we are called to be stewards of God’s creation.

This was by far not an exhaustive look at spirituality and running and again not an attempt to say running in and of its self is spiritual.  It is just that running can be used to accentuate ones spirituality and to help see running as more than just an activity to be done with no other purpose than the activity itself.  For those that would consider themselves believers running is, as mentioned before, to be done for His glory and that in and of itself should change how we view it.  If you read this and disagree that is fine as pretty sure most people do not agree on all things but it is good to know how others view life around them and the activities they take part in.  We live in a world were it seems to disagree is frowned up on but while I would like all to agree with me I know it will not be so and thus work to make sure people know why I do what I do.