Camille Herron wins the women's race at the 2017 Comrades.  She was the first American woman to win since Anne Trason won in 96' and 97'.  Here is Runner's Worlds article on her win.

Winner of Wednesday's NCAA Men's 10,000 meters does so after having a seizure and being in the hospital the Monday before the race as was not released till about 30 hours before the race.

Not directly running related but an amazing achievement none the less: Interview with Alex Honnold who climbed El Capitan without ropes.  Here is Outside Online's article on the climb

Kenenisa Bekele and Tirunesh Dibaba to lead the Ethiopian marathon team at the 2017 World Championships in London.

Ultra Run MD writes on Ultra Marathon Aid Stations for Beginners.  It is a place you will need in a long race but also a place that much time can get lost if you are not careful and even a race can end at one if you let it.

Who do you pick for your team: An Ultrarunning Thought Experiment

Jamil Coury writes about getting back "Back to My Roots" that includes a run up Mt. Lemmon in Tucson.  What is cool is I have run up Mt. Lemmon back when I lived in Tucson, many many years ago, but never ran it from the side he did.  Here is a video of the run.

I guess by this definition being a trail runner I may be a Liberal Leftie, and you might be as well, no matter how you vote:)

A Nordic Track interview with a number of Ultra runners on: Making the Leak to an Ultramarathon

Speaking of Nordic Track, there is a fair amount of stuff on their site and while it is to their best interest to promote their machines it is nice to see them do more than just sell equipment.  Here is an article on Common Running Injuries and How to Avoid Them on Your Treadmill

Nice to see Timothy Olson back to Competing

Speaking of multi-day races, how about 5 - 50Ks in 5 days on 5 different Hawaiian islands: Epic 5 Challenge.  Better enter quick as there are only 25 entrants allowed for the first running and you might need to dig into your savings for this one.

Check out this new app that will link with Strava or Garmin and give you a cool view of your run, much like what I hear Suunto has for their watches: Relive.  Here is my Global Running Day workout.

For all you coffee lovers I have been trying Christopher Bean Coffee and have found it very good.  Here is a link to get $10 off your first order and to be completely open I also will get a credit to buy coffee.  But hey $10 off is a great deal - here is the link where a message will come up with your discount code :  $10 off Christopher Bean Coffee

Also, while I am handing out codes, I am a Carson Footwear Ambassador, if you want to try a pair of shoes you can get 10% by using the following code: Run2017tonyk 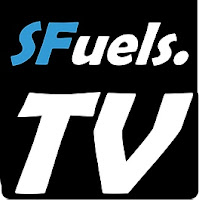 As mentioned last week I have started working with SFuels to help promote a Low Carb-High Fat (LCHF) lifestyle for health and performance.  As part of being an ambassador for them I put out a SFuels.TV that is posted at their SFuels YouTube channel and here is was my first attempt at one.  There will be more to come from myself and the other Ambassadors over the coming weeks and months.  You can also sign up for SFuels.TV and get a free PDF download on transitioning to LCHF and get you some great info direct to your email.  monthly video to.  Here is a link to the latest video by Dave Coles and it is also posted at the bottom of the page.


Masters Running News
This is from the same article above from iRunFar but worth repeating here as there are some great Masters news from the 2017 Westerns States 100 as there will be three septuagenarians ( Gunhild Swanson, Wally Hesseltine and Gordy Ainsleigh ) going for sub 30 hours and also three 50+ runners (Meghan Arbogast, Mark Lantz and Dan Barger) that would like to break the 50+ record of 18:50:19.

Runner's World article on the National Senior Games and here is a link to the games that take place June 2 - 15, 2017

Christian Cushing-Murray still cruising along at 49, turns 50 this year and ran 16:14 at the Carlsbad 5K this year.


More Video clips of the Western State Training Camp.  Here is Walmsley blazing along on the Cal Street section of the trail.  He sure makes it seem effortless.

I may have shown this before but a great finish by Craig Virgin to win the 1980 World Cross Country Championships.  Virgin also won in 1981.


Newest video from SFuels.TV - Dave Coles talking on MAF and how it relates to LCHF