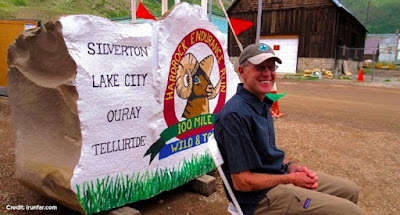 Podcast on Trail Runner Nation with David Horton: Professor of Ultrarunning and here is an interview with UltrarunnerPodcast.com

Article from 1993 by David Horton on running your first Ultra

Catching up with Zack Beavin after about 6 months

Results and commentary on this years Hardrock 100.   Did not realize Xavier Thévenard was at 91 miles before he was told he was disqualified.  Looks like rules were broken but sad part is that it becomes the focus of some and not the race and the eventual winners.  Some online even saying Jeff should turn down the first place award.   Even Kilian said on Twitter that it is important to know the rules as they can differ from country to country as Kilian was once disqualified for cutting some trails at the 2012 Speedgoat 50K which was illegal in that race while in Europe very often you can cut the trails.  At the end of the day if there are rules and they are not enforced then why have them.

Want to check on the latest from Laz on his trip across the US you can do so here - Lazcon.  This sheet tracks where he is and links to his daily posts as well

It is an accomplishment to just finish the Vol State 500k but Rhonda-Marie Parke did so and is blind and also did it without a guide. There were 117 starters and 83 finishers, Rhonda was 64th.

The East Coast Trail & Ultra Podcast talks to Vol State 500K women's winner, second overall, Rhoda Smoker and also talks to Rhonda-Marie Parke who as mentioned above is blind and ran without a guide

Is Comrades on your bucket list of races - Why Run it?  It is on my list of races but it is not inexpensive to run in flying so far.

A look at The Training Trinity

Some thoughts on running and why: It's not who I am, it's what I do

Do you run with music, here are some reasons not to

Want an Ultra that is easy to plan for with an aid station every 3.25 miles then check out the Backyard Classic 8 Hour Endurance Run in Elizabethtown KY August 18, 2018.  Run Solo or on a 2-Person team.

The USA Masters Track and Field Championships are in Spokane this week; July 26-29