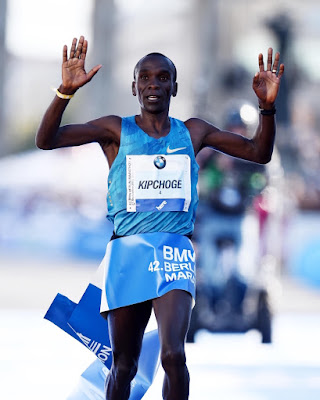 
This week's Interview Tuesday was with the Co-Host of the Southeastern Trail Runner Podcast Shannon Bryan.  I interviewed the other Co-Host Clinton Lewis a few weeks ago and actually was on the show for Episode #73

This years Pikes Peak Marathon was won by Dakota Jones, after riding 250 miles to get there and then rode back, and Megan Kimmel who broke the record that had been around since 1981 by 12 seconds

Moly Huddle is to run the New York Marathon along with Shalane Flanagan , Desiree Linden as well as Mary Keitany and Vivian Cheruiyot of Kenya and Mamitu Daska from Ethiopia.

Mario Fraioli writes: Rob Krar Climbing Back Up The Mountain

The Diamond League finals are next week - August 30 (Zurich) and Sept 1st (Brussels) - here is who is entered, some great races

Ian Corless, who always has great photos of running, has a updated photography site with the race reports, writings and podcasts still at his regular site

Good article (1 of 3) on being in Ketosis and Being Fat Adapted and you can also hear Amy on the Human Performance Outliers podcast Episode 30.  You should also read the info she has on Alzheimers as I think we all know someone that is either there or heading that way

8 Years ago this years winner of The Badwater 135 , Michele Graglia , was a model in New York so not quite the usual path to Ultras


Only one week to go


Trailer to a new documentary, Heavy as Lead, about Jason Cohen's journey to lose 120 pounds and compete in the Leadville 100 which he did this past August 18th


Quite the out the backdoor adventure


Video from the 2017 Killington, VT stop of the Under Armour Mountain Running Series


Still one of the best races ever