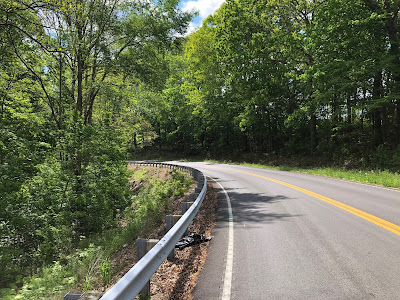 Training Thoughts:
Now that the Steamboat Springs Gravel Race (140 miles) was canceled I am left with two races on the schedule.  It was good that for Steamboat I can defer till next year, with the usual $25 deferral fee, or get a refund so need to make that decision by the beginning of August.  The first race left on my schedule is the Kentucky Gravel Championships (60+ Miles) that as of now is still taking place and as the numbers of riders is low and the location remote I am thinking this one will happen.  The other race on my schedule is Boston but it seems less and less likely to take place as just saw this week that Boston was not allowing events that would have more than 10 people to take place at least through Labor day which is September 7th.  Thus with Boston scheduled for the next week on the 14th I cannot see how Boston will allow an event to go from no more than 10 people to 30,000 plus spectators in 7 days – but as of today no notice yet.  As I have mentioned before I do have the pleasure to help pace a friend in his first 100 miler on a very tough course, doing mile 60-80, in October so need to keep the running miles up so as to be ready for the effort needed.

With all of this taking place and less chance for much racing at all training gets to be more about the training and getting ready for next year than it is about peaking for anything in particular this year.  I am trying to see what I can do to move from my base phase and do the hill, anaerobic, integration and taper phases of the Lydiard plan.  Not so much for a particular race but to shake things up so I do not get stale just doing base work.  The great part, and as I have said before also the curse, of Zwift is you can race quite often so I do get some variation as far as riding goes so that it is not all about long and slow.  I am thinking about 2-3 weeks more of base then move to the next phases but maybe shorten them and finish off the 5 phases and then start again and be ready for a new cycle.

This will if anything be a good test of seeing how to fit cycling into the other 4 phases and integrate them to the best effect.  Since I do have KGC the beginning of August it will be good to work towards that as should also know by then about Boston and can adjust as need be.  In this I will probably run some road trials and I am sure there may be some smaller road running races and will need to enter a few of them.

As with all things much is still in flux till things get more back to normal – or what may be called normal for the time being.  Will be much easier to figure things out once there is at least some view to what is ahead as even now when people talk about the fall it is all still just a guess as no one really knows.  I am looking forward not simply to getting back to racing but more to getting back to being able to better know what is ahead.  But as I have said a few times do not lose the opportunity this time gives you to create a base like you have never had before.

Overview of Weeks Runs and Rides:
Let me start by commenting on the running portion of my training this week.  I started Monday with my longest run since running a 13 miler the last couple weeks.  The run went well as ran relaxed and comfortable and ran a good pace.  Foot felt pretty good with only a few spells of soreness and again felt good after the run.  I finished my longest week or running since October of last year with an 11 mile run that was again ran relaxed, but did run harder the last two miles just as I like to do.  For me picking it up some in the last mile or so is a good way to just physiologically work on my mind for the end of races.  I do not do this pick up all out but at a relaxed yet increased pace.

With regards to riding this week was to be much like last but a few less miles as was not intending to ride 100 on Saturday as I had the last few weeks.  Thus Tuesday’s ride was a warmup then a meetup ride and the nice thing about the meetup’s on Zwift is there is a feature to keep people together no matter the pace so helps to keep pace what you want it to be.  Wednesday was my usual warmup then a good tempo paced BMTR Mid-Week ride and then did a race on Thursday.  For the race I did a longer than usual warmup (40+) then did a 22 mile race.  Race went well but then found I had been disqualified from the ZwiftPower side of things as I went faster than the required w/kg.  Most races I do are Cat B and even in those there are many that rider much faster.  For this race the ranges were B=1-3.1 W/KG and A=3.2-5 W/KG and my usual racing is in the 3.4-3.9 range depending on length so just above the B race but at the bottom of the A.  I figured I would ride the B race and not go with the front group but stay with the second group – well that did work as still ended up at 3.5 W/KG (22nd in race but only a couple seconds off of 12th) and in ZwiftPower got DQ’d.  Guess I need to be more careful on what I enter and have to ride at the back for now if need be.

Finished off the week with 76 miles but initially started ride thinking it would be 50-60. When I got to 60 I decided on another lap and about the time I got to 75 miles and was thinking of doing 100 my sensor quit reading and no longer could ride.  Fortunately I got the ride saved but since had to play around with the computer I decided to just call it a day.  Not really sure the issue as rebooted once and no change then changed the batter and no change then rebooted again and after a few more tries it worked.  So not sure the real issue and need to check it again but seems to be working.

This ended another good week of base mileage with some hard riding tempo efforts.  Also with the two longer runs with no real foot issues it seems this plan is working so far.  Looking for more of the same for next week.

Diet Notes:
While most of my rides and runs this week were started fasted, except for a cup of coffee with heavy cream, I did take in some calories during the rides due to time in the saddle and also wanting some electrolytes.  Below I will put my fueling for each ride including, as usual, my long Saturday ride.  As a comment on Saturdays ride ,as it was a lot less calories than usual, I intended at the start of the ride to be only about 50-60 miles so that is what planned for fueling wise.  As this was a shortish ride did not need much and fueled as such.  As I rode I went at a comfortable pace (23 mph), on a fairly flat course, and when got to 60 decided to do 70 and then 75.  As I got to 75 felt pretty good so thought about going 100 but when I got to 76 for some reason my sensor went dead and the ride was over so only got in 76 miles.  That said, for a 3 hour ride this was fairly low carbs and other than maybe just needing some more plain water would have been fine for an extra 24 miles – bummer I had to stop.  Point in this is that felt good on lower carbs and probably was helped as this was a pretty consistent pace which really helps keep the need for extra carbs down.  All in all a good week.

The Week Ahead:
The coming week will be much the same, more base training, but may work to do a 100 miler on Saturday, depends on the weather and how I am feeling as this is looking to be be my biggest riding/running week in some time.  Whether it is outside or on the trainer will also sort of depend on the weather.  As far as running will look at an 18 miler or so then no more than 30 miles for the week.  With one long run I will see how my foot feels and decide if I get the 30 in 2 days or 3.  With one more week of furlough from work I have some freedom on when I do what I do but provided I head back to work on the 26th of May that may change.

As a reminder, you can join the SFuels Strava Triathlon Club, Running Club and/or Cycling Club - Signup for them all if you like.  Join others on the LCHF for Endurance journey 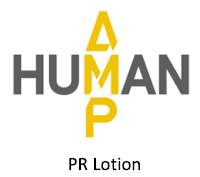