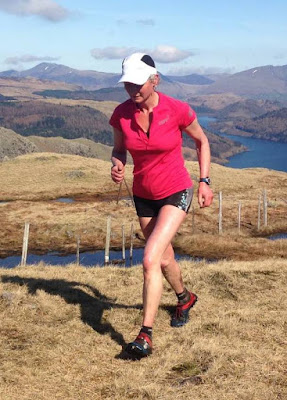 "Probably the Barkley marathon. It sounds sort of off the wall. I don’t know if I’d go to complete it, maybe just take part in it. No woman has actually completed it."
Nicky Spinks
(When asked: Are there any races around the world that you’d really like to do?)

Not sure how many of you know who Nicky Spinks is but you do if you know much about Fell Running.  Nicky Spinks made fell running history in 2016 being the fastest to run a Double Bob Graham Round.  Below, in the video section, is a film on Nicky Spinks and some info on the movie and Nicky here.  If you have not heard of Nicky you can read more on her here: My Double Bob Graham Round & How to Run Farther than You Thought Possible.  As per the quote above it would be great if Nicky would run the Barkley, how about it Lazarus, or Gary for those not in the loop.

Tips for women on the trail with Nicky Spinks

Check out this week's Interview Tuesday with Trevor Tucker

Jospeh Fuller writes on the Parable (Matt 25:14-30) of the Talents from an Athletes Perspective

Another Kenyan, Absbel Kiprop, looks to have been caught using a banned substance - he is denying it, here is Kiprop's response,  so we will have to see how this plays out.  Citius Mag looks at Kiprop's response.

Sad part is when big named people like Kiprop get caught, or even appear to have done wrong, it sways the opinion on others.  Is this fair - no  - but often the way it is.

A behind the scenes look at Desi Linden's win at Boston

A look at 13 ultra running myths

When talking about a LCHF diet as opposed to a carb-centric on often people will speak about the problems with relying on fat during high intensity training.  While this will not settle the issue there has been a study that has shown this change did not hinder performing high intensity interval training (HIIT) as compared to a control group.

Sometimes you just have to keep trying: After 11 DNFs Taryn Graham finished a 100 miler


Nicky Spinks talks about Making the most of life


Here is some downhill fell running


The new for this year Tarawera 100 Mile Race