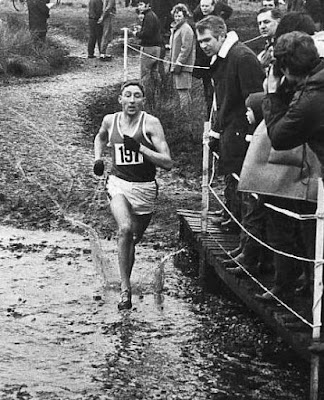 “Leave no stone unturned in your endeavours to be the best you can be.”
Ron Hill


An interview with Ron Hill, where I got the quote from

This week's Interview Tuesday was with Randy Gilbert of Leitchfield Kentucky

If you were somehow out of the loop Eliud Kipchoge did what was expected, at least I expected it, and broke the marathon world record but how fast he ran was amazing.  Also, what does it look like after a race that goes as planned and how about calling your shot then making it

Mark Cucuzzella's new book Run for Your Life is out.  I am looking forward to reading it and will have a review of it on my blog as soon as I am done.  Here is the website Mark has set up in conjunction with his book.

A further look at the 2018 WMRC in Canillo, Andorra

How to be a good crew/support member

Whether I would run the 100 or the 50 I would like to run the Black Hills race one day, here is a report on the 100.  I lived in Rapid City when I was in Junior High and have family connections in SD and let alone the Black Hills are beautiful!

LetsRun.com's Weekly Roundup - The Week That Was

A look at Your Feet by Dr. Maffetone

If you are like me and busy and have to do what ever you can to just get in a workout some days, but getting ready for a workout is as important as the workout to make it more effective

There had been talk she would not run Chicago due to injury and I guess it was so: Hasay will nor run Chicago

Looks like a beautiful place to run: Vietnam Mountain Marathon with races from 10K to 100K running this weekend.

Local, to Kentucky, Races and Events
(If you have a race in the area, including surrounding states, let me know and I will post about it)

The Rugged Red Half Marathon in the beautiful Red River Gorge KY looks still have spots open for next week's race on September 29th.  It is a tough yet beautiful race.

If you want to ride a Century then check out the Century, and shorter rides, in Campbellsville, KY on October 6th put on by The Spoke Easy in C'ville.  Register here

Need a trail race at the beginning of November then maybe the Jefferson Memorial Forest Trail Hillbilly Half in Louisville KY is for you on November 3rd, 2018.  I have only run out in the area once but there are some great trails


Masters News
Charles Allie is USATF Athlete of the Week for his M70 world 400M World Record of 57.26 in Malaga
Great Britain tops the medal table at Malaga